Don’t let a DUI ruin your life. Call Us Before You Do Anything Else

Hire any other lawyer, and you will likely be paying a lot more money
and/or getting a lot less experience!

Awards, Recognitions, and Achievements are individual awards provided to one or more individual Attorneys. The awards referenced above are a collection of awards earned by individual Lawyers, and may not have been awarded to ALL Lawyers on The Arizona DUI Team. The Number of DUI Clients Successfully Defended represent a combined accumulation of each DUI Team Lawyer’s personal clients defended.

Thanks to you, we won the case (all charges were dismissed). Without you I could do nothing. You were updating me at every step; texting and emailing me, and reducing my stress. The whole case was dismissed, from the MVD hearing to the court, and the attorney fees were very reasonable.

WE ONLY FOCUS ON DUI AND VEHICULAR-RELATED OFFENSES IN ARIZONA

Driving Under the Influence is a serious offense, and it is important to make sure your rights are protected from the very beginning. When time is of the essence, and the right Phoenix DUI lawyer can make all the difference, choose the award-winning Lawyers on The Arizona DUI Team. The Arizona DUI Team Attorneys primarily focus on DUI Defense Representation, and keeps up to date on the latest changes in DUI Defense in order to aggressively defend our clients.

That is why calling the Arizona DUI Team should be your top priority after being arrested for DUI. You are in good hands when you have on your side one of the top-rated DUI lawyers in Phoenix.

Extreme DUI is simply alleging that you were Driving or in Actual Physical Control of a Vehicle, and that you have a Blood Alcohol Content above .15, tested to within two hours of driving.

An Extreme DUI not only refers to the level of alcohol, but to the penalties if one were to be convicted of such an offense. An Extreme DUI conviction comes with nearly twice as many fines and fees as a 1st Time Regular DUI, as well as a minimum sentence for a first time offense of 30 days jail. The maximum sentence is six months.

Super Extreme DUI – although not appearing by name in any of the law books – is what Attorneys refer to as a DUI with a Blood Alcohol Content Above a .20.The Legislature decided to punish those people who were tested to be Above a .20 BAC within two hours of Driving or being in Actual Physical Control of a Vehicle. The fines and fees for a conviction such as this are substantial. Along with the required fines and fees, there is required alcohol counseling, an Ignition Interlock Device for a minimum of 18 months, and an enormous amount of jail time, especially considering that it is a 1st Time Offense.

Additionally, and unfortunately, there are certain circumstances where a person is charged with Leaving the Scene of an Accident when they are not the person that was involved in the accident. For example, it is not unheard of for a person who was present when another person was involved in an accident to find themselves charged with the crime of Leaving the Scene because they failed to remain at the scene upon witnessing someone else’s accident, therefore failing to make themselves available as a potential witness.

Aggravated Assault charges involving a vehicle, unfortunately, are brought under laws concerning any type of Aggravated Assault. In a Vehicular Aggravated Assault case, the prosecutor alleges that the Defendant “Intentionally, Knowingly, or Recklessly caused injury to another,” and either that the injury was a “Serious Physical Injury,” or involved a “Deadly Weapon or Dangerous Instrument.”

Felony Flight is normally an “Add-on” charge when a person fails to timely stop in response to a pursuing law enforcement vehicle operating the red and blue lights and siren.

Vehicular Manslaughter is an allegation that the Defendant “Recklessly” caused the death of another using a vehicle. Unfortunately, this type of charge is often brought under general Manslaughter laws, so as to maximize the potential for punishment.

Founder of the DUI Team 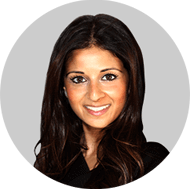 Member of the DUI Team 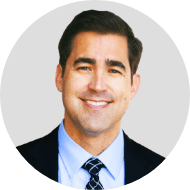 Member of the DUI Team

WE ARE ARIZONA’S ELITE TEAM OF EXPERIENCED AND AGGRESSIVE PHOENIX DUI DEFENSE ATTORNEYS.

Hire Our Phoenix DUI Lawyers and get the Best Case Representation & Affordable Prices!

The Attorneys on The Arizona DUI Team are accomplished DUI Trial Lawyers – each with their own private practice – who are experienced in handling Super Extreme DUI Cases, Aggravated DUI Cases  and any type of Felony or Misdemeanor  DUI cases.

Each attorney on the Team has defended more than 1,000 DUI, Criminal, and Vehicular-Related cases, and each will aggressively protect your rights in front of a judge or jury.

The DUI laws of Arizona are some of the harshest in the country. A conviction often results in severe penalties that can negatively impact a person’s life. Due to the requirement for severe fines & fees, license suspension/revocation, jail/prison time; and a criminal conviction that can potentially result in damage to future education, career, and social opportunities; you need an experienced DUI Lawyer on your side.

All criminal lawyers, and all DUI lawyers, are not created equal. It is incredibly important to choose the right lawyer to represent you on your case.  The Arizona DUI Team has made it easy by assembling some of the top DUI Lawyers in the state, who have each won multiple awards for their experience and success.

If you or someone you love has been arrested and charged with a Driving Under the Influence charge in Maricopa County, Arizona, don’t take chances with your future.

With the ever-changing and complex DUI laws, it is important to have one of the most skilled DUI lawyer in Phoenix from the very beginning.

Any information provided on these pages does not establish an Attorney / Client Relationship. All information on this website should be considered an OPINION based on experience, and may not be the most updated information based on constant changes in the field of law.